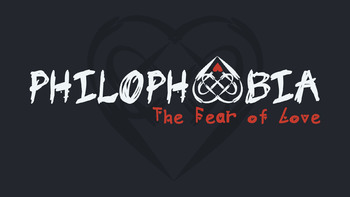 Philophobia: The Fear of Love is a precision platformer created by solo developer Tim Ruswick and released on Steam on February 10th, 2020. Philophobia is based on the five stages of grief, where love is literal Hell, and the game world is made entirely out of hearts. It employs a unique shadow mechanic which hides any part of the level not directly in the the character's line of sight from the player. The game's story and themes were inspired by Ruswick's own experience with heartbreak, and Ruswick livestreamed much of the game's five year development.