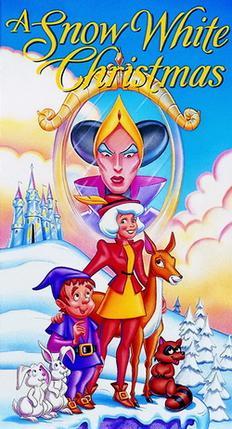 A Snow White Christmas is a 1980 Christmas Special based on the Snow White franchise which first aired on CBS.

In the years since Snow White and Prince Charming's Happily Ever After, the two, now the benevolent and beloved Queen and King of a kingdom called Noel, have a daughter also named Snow White. Life is happy as they all prepare for the upcoming Christmas season. A However, as the younger Snow White wishes to have that "creepy old castle" on top of a mountain on the outskirts of the town turned into a Christmas castle for the children, her parents worry about their traumatic past experiences with the long-frozen Evil Queen...

This special has the following tropes: