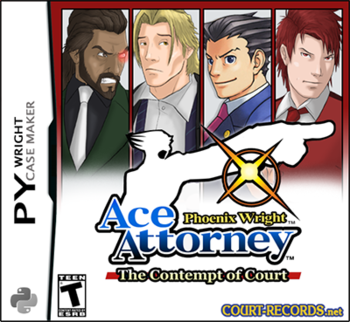 Phoenix Wright: Ace Attorney: The Contempt of Court is a fangame based on the Ace Attorney series.

More information and download links can be found here.

Visual Novelty has a Let's Play of the game here.