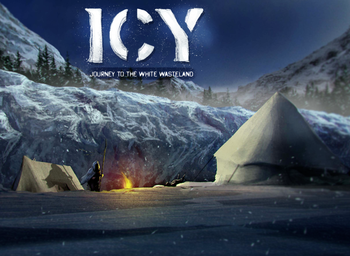 The story takes place a century after civilization was destroyed by a second ice age, in a frozen region called The Vale. You control the leader of a clan of nomadic hunter-gatherers, and embark on a quest to rescue members of your clan who were kidnapped by mercenaries. Along the way you have to contend with bloodthirsty raiders, feral mutants, hostile wildlife, and the harsh climate.

Not to be confused with _iCEY._, an Action RPG.