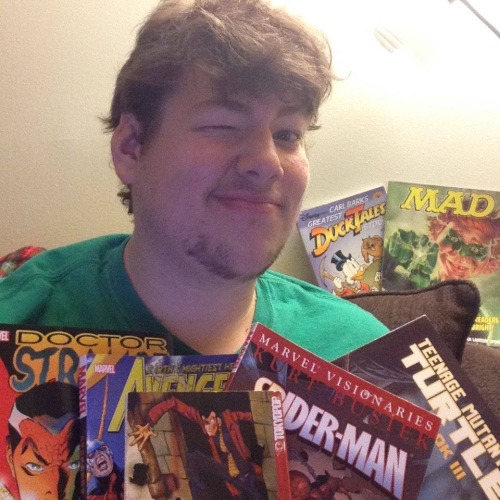 I kinda like comic books.
I'm a comic artist and amateur filmmaker who has probably spent hundreds of hours on this wiki since finding it in 2007.

My works are Weird in a Can and The Adventures of Feelgood and Longbottom. I also used to do a weekly comic strip for my college's online newspaper

. As well as Tumblr

This contributor thinks he contains/includes examples of the following tropes:

Other tropers have this to say about Dr. Furball (AKA Vandalism Goes here):

Comics I'm A Fan Of

Anime or Manga I'm A Fan Of

Western Animation I'm A Fan Of