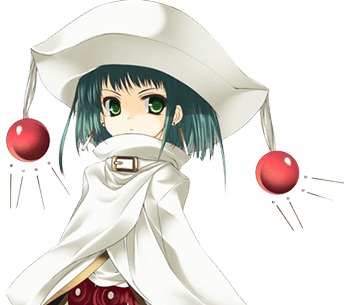 Clearly not a hat to be trifold with.
A discerning hero/villain just can't be seen without their Nice Hat! Harming the nice hat may be akin to kicking the dog, with disastrous results.
Advertisement:

To show that you mean business, it's important to have style. Enter: the nice hat. It may actually have utility — even conveying special powers — but more often than not it just looks cool, or even just sexy.

Fedoras are the most common Nice Hat, probably because they inherently invoke 1920s to 1940s era Gangsterland and Film Noir we all know and love.note Sadly, it may be losing some of its cachet as it gets more and more associated with the creepier sort of "nice guy", or just with generally uncool nerds trying and failing to look cool. Wizards and Witches have their own style to worry about. Commissar Cap is also a common enough version of this to have its own sub trope. The crowns of the ancient Egyptian pharaohs (since crowns are always cool) make this Older Than Dirt. In fact, the Cool Crown as Requisite Royal Regalia always overlaps with this trope.

Has nothing to do with Planet of Hats, unless it's taken to literal proportions, or downplayed as a Gang of Hats.