Series / Son of the Beach 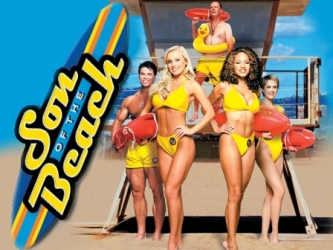 Son of the Beach is a 2000-02 comedy series that aired on FX, which was more or less a satire of Baywatch. It focused on world-renowned lifeguard Notch Johnson (played by Timothy Stack), who was to this show what David Hasselhoff was to the original. Howard Stern was the show's executive producer.

The show poked fun at the genre in general, particularly the non-stop T&A and sexual content, by cranking it Up to Eleven.