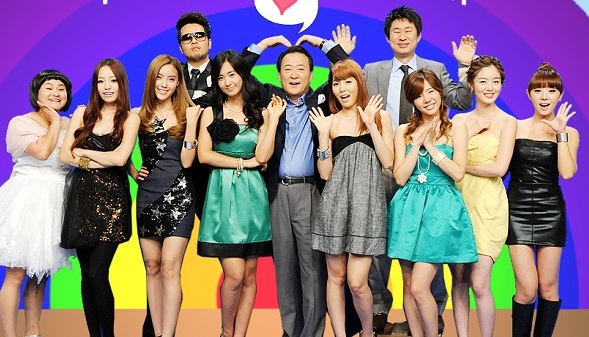 The longest-running iteration of the second season's cast (L-R): Sunny, Hyoyeon, Bora, Yewon, Suzy, Jiyoung, Boom, Shinyoung
Invincible Youth was a South Korean variety show which took female Korean Pop Music idols and tried to teach them how to live in a self-sufficient rural lifestyle. The first season took place (IY1) in a farming village, and the second (IY2) in a fishing village. It was notable for featuring members of girl groups which were (And in many cases still are) among the most popular in K-Pop at the time.