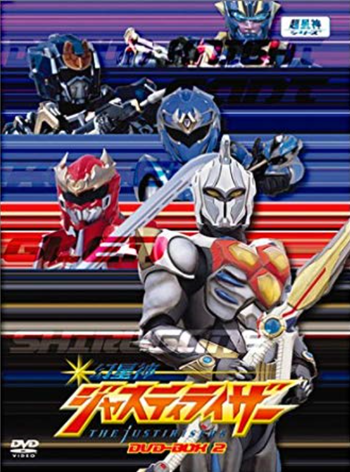 Years ago, the evil Kaiser Hades destroyed the planet Riser and set his sights on Earth next, but was defeated and sealed away by a champion of justice named Noulan and her mystical "Justipower". Her mission complete, Noulan entrusted her Justipower to a future generation in case evil ever arose to threaten the Earth once again.

Now in the modern age, the evil alien Doctor Zora sets in motion a plan to free Kaiser Hades from his bindings. In response, the Justipower chooses three champions to defend the planet and gives the power to transform into Justiriser: Shouta Date (Riser Glen), an underachieving high-school student who finds purpose in his new role; Yuka Sanada (Riser Kagari), a popular high-school student who feels conflicted between her newfound responsibility and desire to lead a normal school life; and Shinya Hiraga (Riser Gant), a straight-faced college student who dislikes fighting and questions whether humanity is worthy of protecting. Together they are the Justiriser, the chosen champions of Earth with gaining the ability to generate powerful armor by combining Justipower and characteristic elements in their body and summon Humongous Mecha known as Phantom Star Gods.