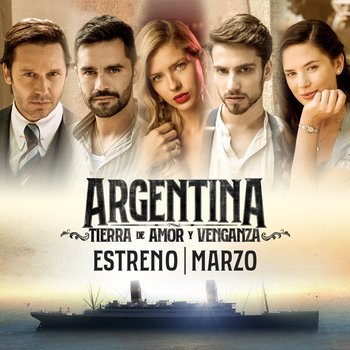 Spain is fighting the Spanish Civil War. Torcuato Ferreira and Bruno Salvat are fellow soldiers, despite Bruno being rich and Torcuato poor. They make a deal: if something happens to Bruno in battle, Torcuato would look after his sister Julia and his business. They survive a lethal blitzkrieg that kills all the rest of the unit, and then Torcuato shoots Bruno. He lefts him for dead in the battlefield, takes control of his fortune, and escapes the country at war to settle in Argentina instead. But Bruno survives, and returns home after some months of recovery. When he finds out what has happened, he sets to Argentina, to get his revenge.

He meets Aldo Moretti, who sells ship tickets to Argentina to the desperate emigrants, and manages to sneak into the ship. They become friends, as Moretti understands his situation. Moretti falls in love with Raquel, a woman with an arranged marriage with an argentine lord. He found it suspicious, so he followed her when they landed. He discovered that she was actually scamed by a human trafficking network, led by Traumman, that forced her to work as a prostitute in a brothel.

Bruno finds out that Torcuato is now a powerful lord.