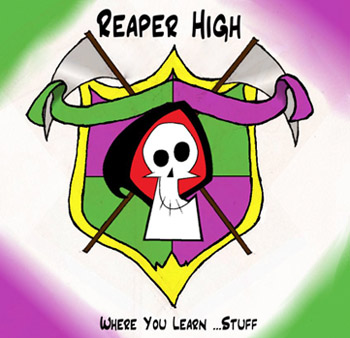 Motto could use some work

, the highschool for the Gifted, the Magical and the Undead!

. Alternate chatrooms can be found here

Tropes to be found in this school include...