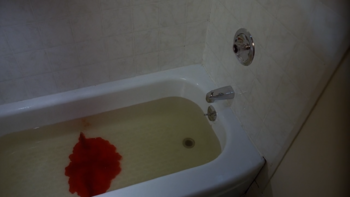 "Lauren, how will you ever be able to rest if he never can?"
Written by Glen Morgan & James Wong
Directed by Michael Katleman
"I'm giving us a chance to solve a case that's tangible instead of chasing after shadows."
— Dana Scully
Advertisement:

Two men who attempt to kidnap the secretary of a defense manufacturing company in Philadelphia are strangled to death without any outward sign of injury. That, and other physical impossibilities, lead Mulder to believe that the murders are the handiwork of a poltergeist who is very protective of the secretary. Scully thinks the murders are political. The two try to find the truth while two other mysterious agents try their best to withhold it from them.

Mulder: Hey, Scully. Do you believe in the afterlife?
Scully: I'd settle for a life in this one.