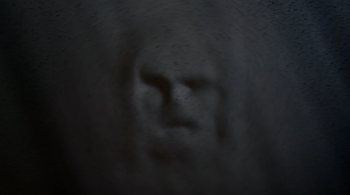 "It's coming at me! Holy God!"
Written by Chris Carter
Directed by William Graham
"I have reason to believe there may be a saboteur at work inside NASA."
— Michelle
Advertisement:

When the Space Shuttle mission is forced to abort three seconds before launch, the fiancée of one of the astronauts suspects sabotage and secretly calls in the FBI. As the shuttle and its crew face one crisis after another, it becomes clear that someone or something wants this mission to fail. But is it the work of a human saboteur, or of an alien presence that would prefer mankind to remain earthbound? The future of the space program is at stake, and Mulder gets to meet a childhood hero (Ed Lauter)—who may not be all that he seems…

"Hey, Scully, we send those men up into space to unlock the doors of the universe, and we don't even know what's behind them."