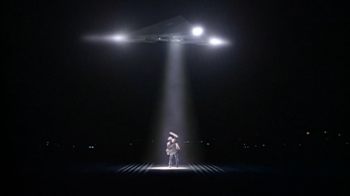 "People see what they wanna see."
Written by Chris Carter
Directed by Daniel Sackheim
"When does the human cost become too high for the building of a better machine?"
— Fox Mulder
Advertisement:

Mulder and Scully receive a request from the wife of an Air Force test pilot to investigate what has happened to her husband. Maybe the pressure of the job just got to him, but after a mysterious informant warns Mulder off the case, he decides that he has to investigate. That decision proves costly...