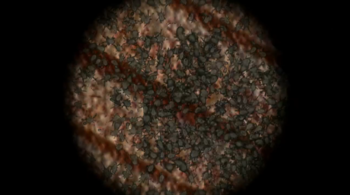 Don't let the bed-bugs bite.
Written by Chris Carter
Directed by Joe Napolitano
Scully: An insect is a complex animal. It would take years and years to evolve.
Mulder: Well, then maybe what we’re dealing with isn’t a mutation at all. What if it’s some kind of... extinct insect larvae in that ring, deposited during a period of volcanic activity, brought up through the tree’s root system. Ancient insect eggs. Thousands, maybe millions of years old lying dormant until...
Spinney: Until those loggers cut down that tree.
Advertisement:

Mulder and Scully are called out to the Olympic National Forest in northwest Washington state to investigate the possible involvement of an ecoterrorist group in the disappearance of a logging crew. There, they meet Larry Moore (Jason Beghe), a park ranger who's also investigating the disappearance, Steve Humphreys, the head of security for the logging company, and Doug Spinney (Titus Welliver), the leader of the ecoterrorists suspected in the loggers' disappearance. Instead of ecoterrorism, however, they instead find a new species of insect that was accidentally released by the loggers when they chopped down an old-growth tree, which swarms at night and cocoons its victims alive. And given that the tires on Moore's truck are blown, they're all now trapped in the forest with a dwindling supply of fuel for the generator...

"I told her it was going to be a nice trip to the forest."