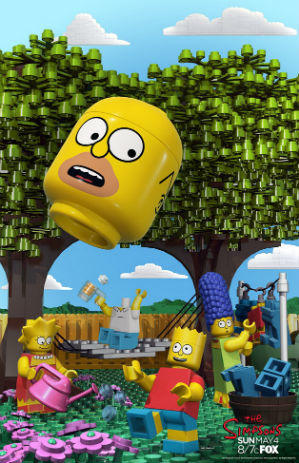 In the series' 550th episode, Homer wakes up to a world made out of LEGO bricks and grows to like this new world, where everything fits in and no one gets hurt — until he begins seeing flashes of a previous life and, with help from The Comic Book Guy, discovers how he ended up in the LEGO world.