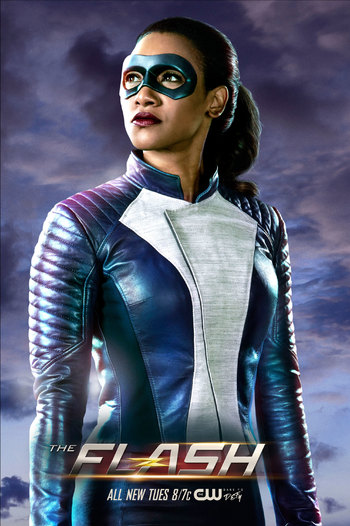 For one night only.
Advertisement:

When a villain who can mix up DNA swaps Barry's speed into Iris, Iris must become the Flash to handle a new threat.