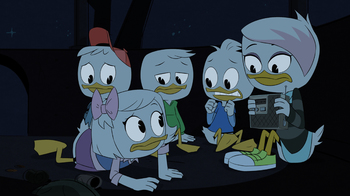 "Webbigail, come out and play-y-y!"

Webby meets a mysterious new friend named Lena, and when the two crash Ma Beagle's birthday party, they'll have to fight their way through Beagle turf to get back home.