Film / The Strangler of Blackmoor Castle 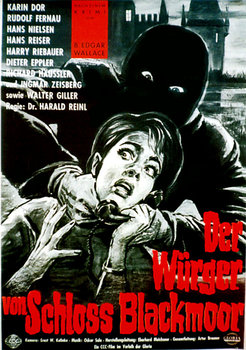 A German crime thriller from the year 1963 and one of the Edgar Wallace Films.

One night at Blackmoor Castle, a masked man appears before its owner Lucius Clark and demands that he hands over a batch of diamonds he stole some time ago. Clark refuses, and as he tries to sell the diamonds, the masked man hinders the process by killing people around the castle.