Nightmare Fuel / The Legend of Tarzan 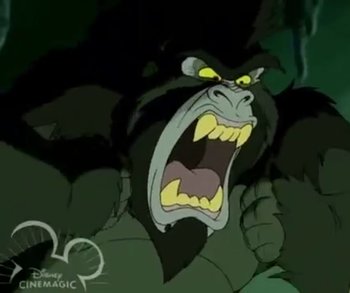 King Kong Has Nothing on Him!
Befitting the dangerous nature of the African Jungles, the animated series expands upon a variety of nightmarish situations that comes with living in the wilderness unprotected from both monstrous animals and variety of supernatural threats.