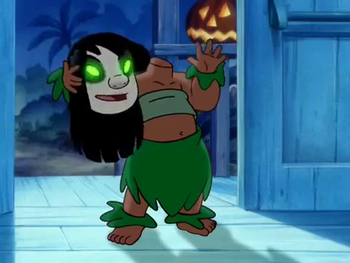 "Hey guysssss!"note That's Experiment 300, a.k.a. Spooky, forming into Mertle and her friends' fears. In this case, a scary and headless Lilo.

It's hard to imagine it but think about it. There are over six hundred monstrous aliens with various powers on here. This is mostly to list, when you really think about it, how dangerous they were before Lilo gave them the Heel–Face Turn. 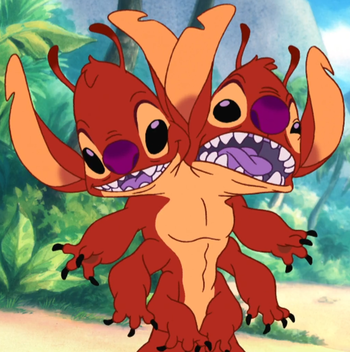 Two heads are better than one, even with Body Horror.
General Series Nightmare Fuel