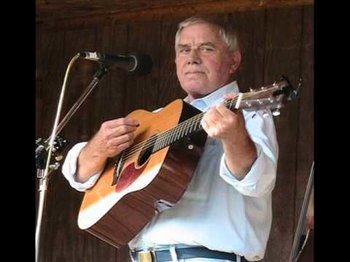 Thomas "Tom T." Hall (May 25, 1936 — August 20, 2021) was a Country Music singer and songwriter, widely considered to be one of the best of all time. His songs, which mix thoughtful lyrics that often center around narratives of everyday life and simple melodies, earned him the nickname “The Storyteller”.

After a stint in the US Army, studying journalism in college, and working as a disk jockey, Hall moved to Nashville in 1964 and established himself as inventive young songwriter. Encouraged to try his hand at performing, he launched his recording career in 1967 with the moderate country hit “I Washed My Face in The Morning Dew”. A year later his song “Harper Valley PTA” was recorded by Jeannie C. Riley and hit #1 on the country and pop charts. This helped kick Hall's career into high gear, and he became one of the most popular country artists of The '70s, with six #1 hits on the country charts. One of them, “I Love”, was also a crossover pop hit. As his music career slowed down in The '80s he turned his focus to writing fiction (publishing novels and short story collections) and performing Bluegrass music. His profile received a much-needed boost in 1997 when Alan Jackson topped the country chart with a Cover Version of Hall's song “Little Bitty”.

By the way, the “T” doesn't stand for anything. He added it when he started recording because there were already several country singers with names similar to “Tom Hall”.

After years of declining health, Hall died on August 20, 2021, at the age of 85, from what officials later ruled to be a self-inflicted gunshot wound.