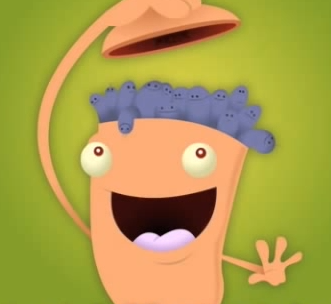 One of the most famous Running Gags in cartoons is something zany and unrealistic that happens from time to time, when the tops of the characters' heads literally opening up. This can sometimes expose their brain or make things fall out at will.
Advertisement:

Compare Hollow-Sounding Head and Stomach of Holding. A Sub-Trope is Your Head Asplode, where the head only opens in anger.