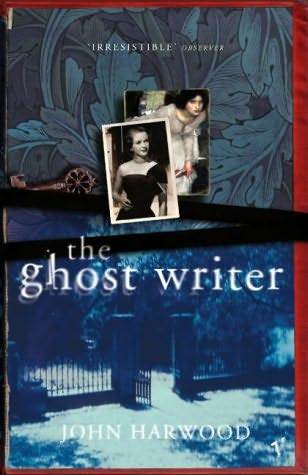 . The novel has won literary awards in Australia and major International Horror award.

Gerard Freeman is a lonely, awkward child growing up in the little town of Mawson, Australia. With a distant father and an almost Friendless Background, Gerard finds solace in the stories his neurotic mother, Phyllis Hatherley, tells him of her childhood at an English country estate called Staplefield. One day, however, Gerard discovers a photograph of a beautiful, unknown woman and the manuscript of a ghost story written by his maternal great-grandmother, Viola Hatherley, who lived and died at Staplefield. Although Gerard is desperate for more information on Viola and Staplefield, his mother chooses to stop talking about them. This, of course, pretty much guarantees that Gerard himself will some day journey to England in search of his mother’s childhood home.

Gerard’s boring life seems to brighten a little when he, by chance, obtains a penfriend from England named Alice Jessell, a mysterious Ill Girl. Injured in the accident that killed both of her parents and confined her to a wheelchair, Alice refuses to either meet Gerard or send him a photo until she’s cured and walking again — something that she admits will require a miracle. How she looks is left to Gerard’s rich imagination, and he conjures images of a pre-Raphaelite beauty with milky skin and cascades of coppery hair. As Gerard grows into adulthood, his friendship with Alice is a growing constant in his life as is his obsession with Viola and Staplefield. When his mother dies, Gerard sets off for England in search of Staplefield and Alice, with whom he now fancies himself deeply in love.

This book is mostly written in first person narrative from Gerard's point of view, with the exception for letters from Alice and various stories within the story. These stories are the ghost stories written by the long-deceased Viola. They often turn up at the most improbable times and quite by chance. The ghost stories make up approximately one-half of this novel, and each is written in a distinctive style and voice that is quite different from Gerard’s first person narrative. The stories are both elegant and admittedly creepy.note The story's summary is partially credited from here

Not related with the film, which is actually movie adaptation of another novel The Ghost. Also, not to be confused with 1979 American novel of the same name