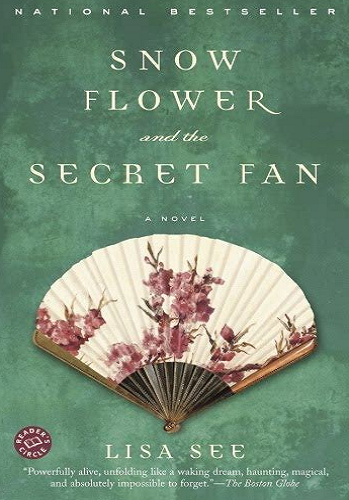 Snow Flower and the Secret Fan is a 2005 historical novel by Lisa See.

Lily, a young girl in 19th-century China, gets a sworn sister, or laotong, named Snow Flower. From a very young age, the two best friends write to each other and share many experiences over the years. From the anguish of footbinding, to the negotiations of married life, to the aftermath of a rebellion, they stand by and strengthen each other - until misunderstandings threaten to tear their friendship apart.

In addition to emphasizing footbinding, the book also talks extensively about nu shu, the secret phonetic alphabet only written and understood by women. A movie was released in July 2011, which included 21st-century China sections with Lily and Snow Flower's actresses playing their modern-day counterparts.