Literature / A Snowball in Hell 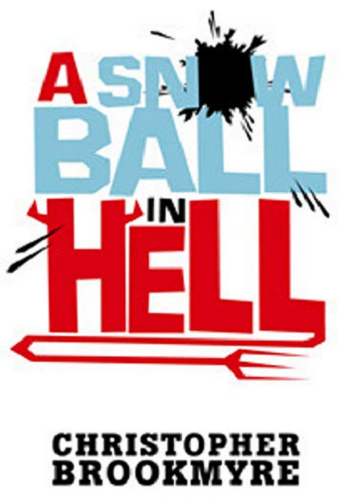 : "If society has the B-list celebrities it deserves, it now has a killer to match. Except that Simon Darcourt is a great deal more successful in his career choice than the average talent show contestant. He's also got the media taped — by the simple expedient of by-passing them completely and posting real-time coverage of his killings on the internet. He's got viewing figures to make the world's TV executives gasp in envy, and he's pulling the voyeuristic strings of every viewer by getting them to 'vote' to keep his captives alive."

A Snowball in Hell provides examples of the following tropes: