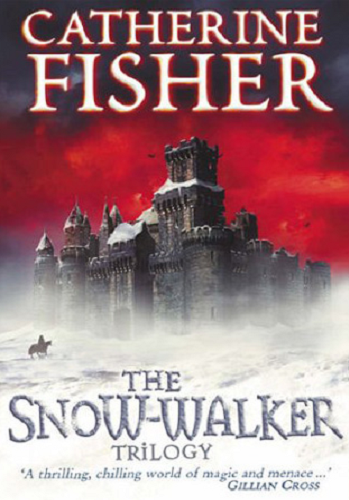 The Snow-Walker trilogy by Catherine Fisher consists of The Snow-Walker's Son, The Empty Hand, and The Soul Thieves. Set in the Grim Up North, the books are a classic Heroic Fantasy and make many Shout-Outs to the Eddas from which the story takes inspiration.

The people of the Jarlshold have a new Jarl, who has taken rulership by force, but it is his wife Gudrun, a sorceress from beyond the edge of the world, that holds them all in sway. In her attempts to secure her power she forces her husband to slay or send away all remaining relatives of the rightful noble line the Wulfings, including protagonists Jessa Horolfdaughter and Thorkil Harraldson. Exiled to the frozen north, they expect to die - not to find the one person who could destroy Gudrun forever and return the Wulfings to their throne.