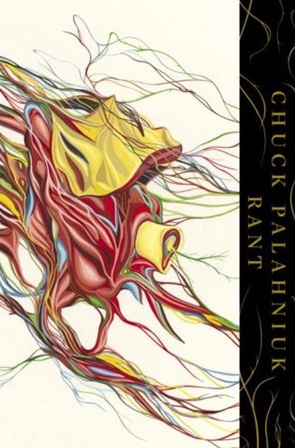 "Like most people, I didn't meet and talk to Rant Casey until after he was dead."
— Wallace Boyer (☼ Car Salesman)
Advertisement:

Rant: An Oral Biography of Buster Casey is a novel by Chuck Palahniuk in the form of an oral biography. It covers the life and death of Buster Landru "Rant" Casey through a series of contradictory firsthand accounts, each of which usually mean at least three different things, most of which appear shallow, misinformed or even downright absurdist until The Reveal.

James Franco is planning on making a movie version.