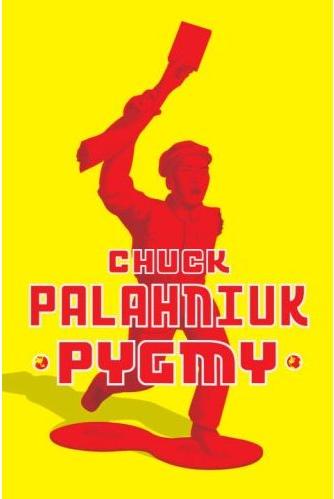 Pygmy is a novel by Chuck Palahniuk published in 2009. It is the story of agent number 67, operative Pygmy, who is one of several teen superspies from a totalitarian, anti-American regime sent as foreign exchange students to an unnamed Midwestern suburb. Their plan: Operation Havoc, where they will ingrain themselves with their new families and then, in the guise of a science fair project, launch a terrorist attack dedicated to killing millions of Americans and toppling the US government. Lots of squick, bloodshed, buxom teen girls, and violent man-rape ensue. Have fun.