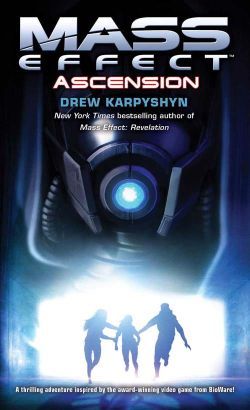 Mass Effect: Ascension is a novel within the Mass Effect universe, written by then-lead writer Drew Karpyshyn. Set between the first and second games in the series, it follows Kahlee Sanders, who works at the Ascension project.