Literature / A Wolf in the Soul 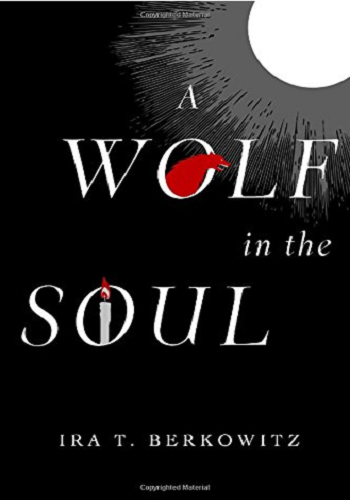 A Wolf in the Soul is a 2014 novel by Ira T. Berkowitz.
Advertisement:

Gregory Samstag is a not atypical Jewish teenager from Long Island. But he can't help but feel that his life lacks meaning. He went to a religious high school, but he and his family don't care enough to be religious. He himself has begun attending Columbia University, but there's nothing in particular he wants to learn. His parents are a complete mismatch for each other and they know it, but can't quite bring themselves to divorce. Recognizing the emptiness of his life, Greg puts up a wall of apathy between himself and the world - but he still can't or won't bring himself to change anything.

Only one thing threatens Greg's carefully structured yet meaningless existence: the fact that stray dogs keep randomly walking up to him and depositing fresh kills at his feet. Okay, that and the hairs that have begun to sprout from his forehead. And the weird fits he keeps having in which he hallucinates living the life of a wolf. And then he starts growing a tail...

The werewolf in Greg upends his entire existence. His desperation to find an answer revives a dormant, hesitant belief in God. He is forced to flee the university and the country after viciously attacking another student. His absence causes his parents' marriage to finally begin falling apart. And through all this is the seductive feeling, growing ever stronger, that the life of a wolf would be simpler, easier, more innocent than the life of a man.

A Wolf In The Soul contains examples of: