Film / Warriors of the Wasteland 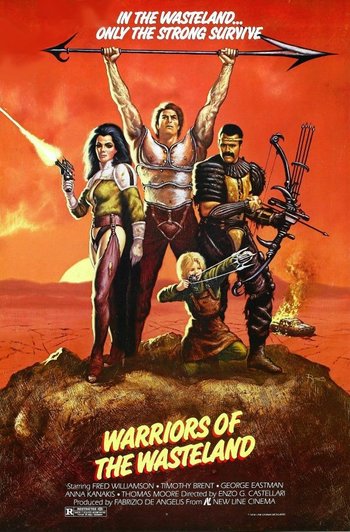 Can mankind survive without humanity?
Advertisement:

It has been distributed in the US by New Line Cinema (theatrical), HBO Home Video (VHS), Mill Creek Entertainment (DVD) and Media Blasters (DVD, under their Shriek Show label).