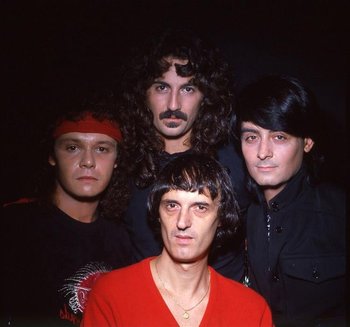 Goblin is an Italian Progressive Rock band formed in 1972, best known for their horror film soundtracks. Though it's debated as to who started the Italian prog scene, they're regarded as the most influential in the scene, as well as the best known.

Over the years, the band has undergone numerous lineup and name changes.

Some of their albums:

Some of their film soundtracks: