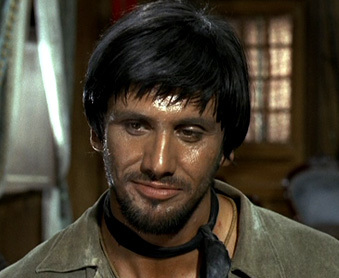 Luigi Montefiori (Born 16 August 1942 in Genoa) is an Italian actor, producer, and screenwriter, better known professionally as "George Eastman". He is well-known for his work in numerous Italian horror films, thrillers, and spaghetti westerns, where he was often cast as The Heavy due to his dark, menacing appearance and imposing build.