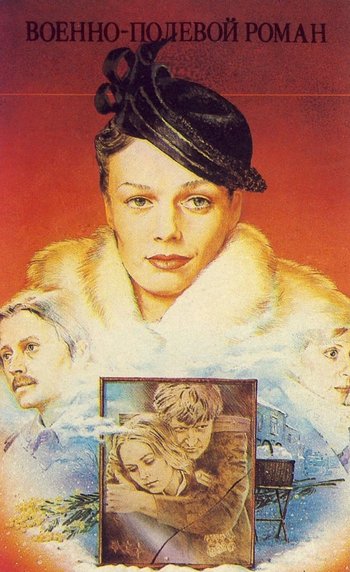 Alexander aka "Sasha" is a humble private in the Red Army in 1944. The major of his regiment has taken as a lover (the "field wife" was quite common in the wartime Red Army) a gorgeous female soldier named Luba. Sasha loves Luba from afar, defending her against the ribald jokes of the other soldiers in the regiment. The night before an attack on the Germans, Sasha lingers outside the major's office dugout to greet Luba. He tells her that he's probably going to die tomorrow, that he loves her, and that he hopes she makes the major happy.

Skip forward six years to 1950. Not only did Sasha survive that attack, he survived the whole war. In peacetime he's gotten married to a woman named Vera and gotten a job as a projectionist in a movie theater. One day when walking about in the streets of the city (Moscow? Leningrad?), he sees a ragged-looking woman selling pirozhkis

on the street, accompanied by a little girl. It turns out that the ragged, worn-out woman is none other than Luba, and the little girl is Masha, her daughter by the major, who was killed in the war. All Sasha's old feelings toward Luba come rushing back, and he starts spending a lot of time with Luba, getting her cleaned up and buying her nice clothes and generally returning her to the dazzling beauty she was in 1944. His wife Vera, who is much plainer than Luba but who is deeply in love with her husband, tries to be understanding while dealing with her own jealousy and fear.