Film / Where the Toys Come From 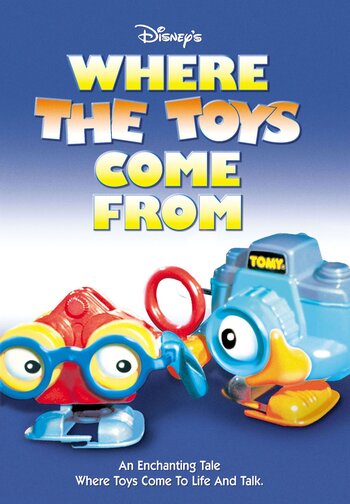 Where the Toys Come From is a lesser-known movie that premiered on Disney Channel in 1983 before being released on video a year later.

Peepers and Zoom are two wind-up toys who ponder that age old question: "Where do we come from?"

Encouraged by their fellow toys and the little girl who owns them, the two of them embark on an adventure to find out the answer, ultimately traveling to Japan and literally meeting their maker.