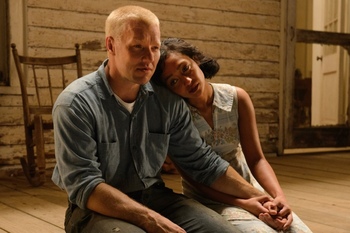 Loving is a 2016 film written and directed by Jeff Nichols. It tells the Real Life story of Richard and Mildred Loving, who were persecuted after marrying in Virginia, a state which prohibited interracial marriages. Their case, Loving v. Virginia, went up all the way to the Supreme Court and eventually led to the overturning of all anti-miscegenation laws in the US.

The film was critically acclaimed and stars Joel Edgerton and Ruth Negga.