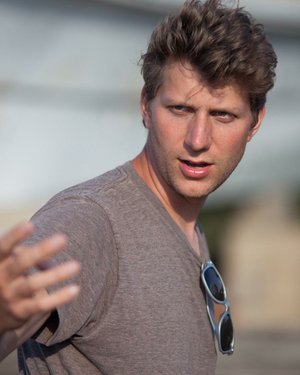 Jeff Nichols (b. December 7, 1978) is an American film director best known for his collaborations with Michael Shannon and his vivid and emotional depictions of life in the American south.

After studying filmmaking at the University of North Carolina School of the Arts, he made his debut feature, Shotgun Stories, which debuted to terrific reviews at the Sundance Film Festival but was unable to secure a good theatrical release. It did, however, garner universal acclaim from critics for Nichols' direction and the lead performance by Michael Shannon. Most notable among the film's supporters was Roger Ebert, who named it one of the best films of 2008 and chose it as a featured selection for his film festival, Ebertfest. This gave the film (and Nichols) a much-needed Colbert Bump.

He followed up Shotgun Stories with Take Shelter, which starred Michael Shannon and Jessica Chastain in a story about a man who becomes tortured by apocalyptic visions and dreams, and despite fears that they may be a sign of schizophrenia, allows them to consume him until he risks his family's financial security on a high-tech tornado shelter. The film again played to acclaim at the Sundance as well as Cannes film festivals, where the performances from Shannon and Chastain were singled out, as was the mood and atmosphere in Nichols' direction. Nichols has since become an icon of American indie film, although he has also made one studio film (Midnight Special) and hasn't ruled out working with major studios in the future.

Jeff is also the brother of Ben Nichols, the frontman for Lucero, who composed music for Shotgun Stories and have also contributed songs to most of the rest of Jeff's filmography. Not to be confused with (and of no relation to) Mike Nichols.