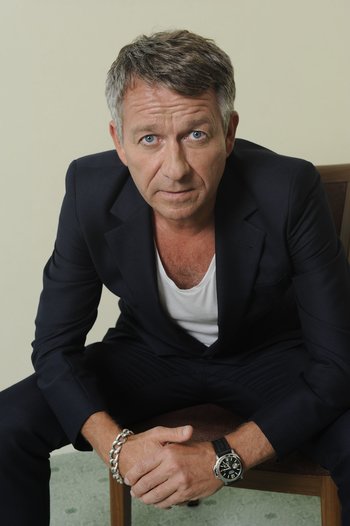 Sean Pertwee (born 4 June 1964 in Hammersmith, London) is an English actor with an extensive career since the 1980s in television and cinema productions.

Pertwee is the brother of actress Dariel Pertwee, son of actor Jon Pertwee, grandson of actor and screenwriter Roland Pertwee, and is more distantly related to actor Bill Pertwee. In fact, it has been noticed that Sean resembles his father so closely that fans have hoped he might make an appearance on Doctor Who as his father's greatest role as The Third Doctor, which for the most part Sean has largely preferred to downplay outside of one cameo for a charity event.