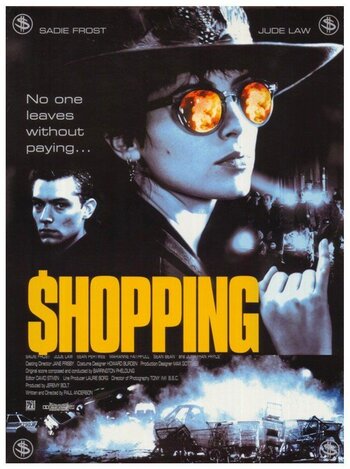 1994 film that was the directorial debut of Paul W.S. Anderson.

Billy Mackenzie (Jude Law) is a self-destructive young man just released from prison who rejoins his gang of tearaways and cast-offs who spend their days partying, joyriding and ramraiding. He soon attracts the ire of Tommy (Sean Pertwee), a small-time crook who ran things while Billy was inside with more of eye towards profit than wanton destruction.