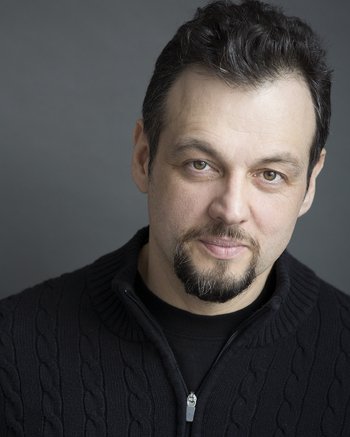 He has has worked in television, commercials, film, theatre, radio, and animation in both Toronto and Vancouver. He is fluent in both English and Spanish, and has even done some work for Spanish-language works.

One of his most notable roles is El Tabador, the tiny animated luchador who serves as the mascot for the Canadian mobile phone brand Koodo Mobile.

He should not be confused with Carlos Diaz, the Mexican dubbing actor.