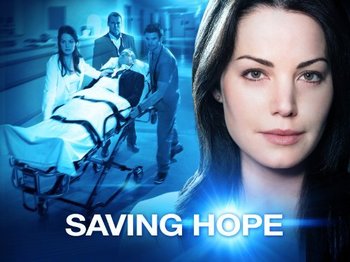 Saving Hope is a Canadian medical series that premiered in CTV and NBC in June 2012. NBC dropped the show after one season, but I.O.N later picked it up, and began airing the series from season one in 2016.

The show centers around doctors at Hope Zion Hospital in Toronto.

It ended after five seasons.