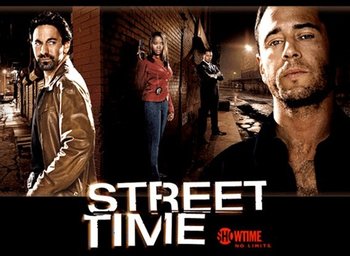 Street Time is a drama that follows Kevin Hunter (Rob Morrow), a recent parolee. He's trying to get his life back on track, but his former associates are after him. His parole officer, James Liberti, (Scott Cohen) tries to keep him in line while dealing with his own problems.