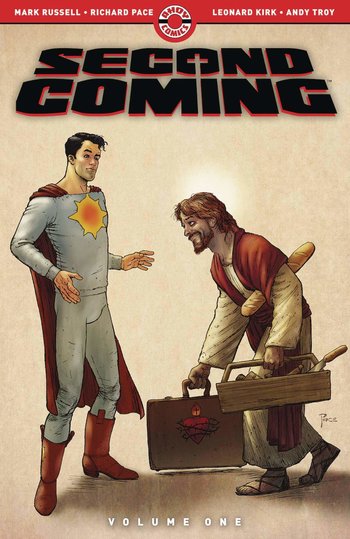 Second Coming is a 2019 comic series written by Mark Russell and illustrated by Richard Pace, Leonard Kirk and Andy Troy and published by Ahoy Comics.

God commands Earth's mightiest super-hero, Sunstar, to accept Jesus as his roommate and teach him how to use power more forcefully. Jesus, shocked at the way humans have twisted his message over two millennia, vows to straighten them out.