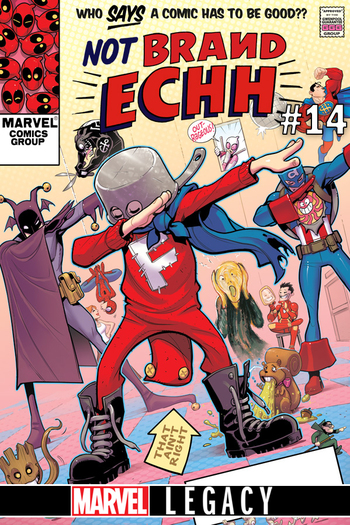 Yep, it's exactly as silly as it looks.
Who says a comic has to be good?!
Advertisement:

Not Brand Echh (1967-1969) is a 14-issue Marvel Comics series, notably a self parodying satire of Marvel's own superheroes, in addition to their many competitors.

In June 2015, a complete collection of Not Brand Ecch was released as part of the hardcover Marvel Masterworks series.

In November 2017, the 14th issue was released as part of Marvel Legacy.

Alternative Title(s): What The