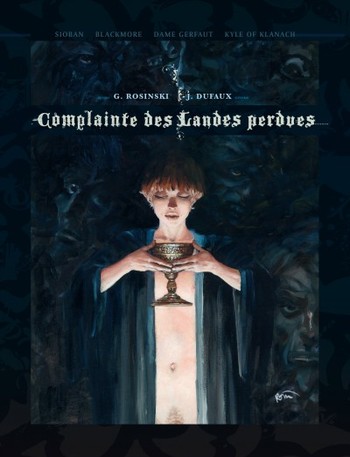 Lament of The Lost Moors
"Evil is in the heart of Love"
Advertisement:

Lament of the Lost Moors (original title: Complainte des Landes perdues) is an ongoing fantasy Belgian comics series written by Jean Dufaux, a High Fantasy work taking place in the fictional land of Eruin Duela. The first cycle Sioban is illustrated by Grzegorz Rosinski, the second Warriors of Mercy by Phillipe Delaby and the third Witches by Béatrice Tillier.The albums are as follow:

Lament of the Lost Moors contains examples of: