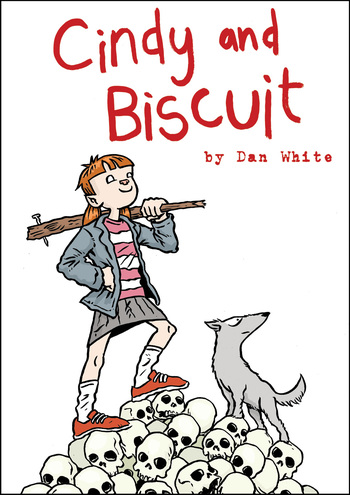 Cindy and Biscuit is an irregular self-published comic series by the British cartoonist Dan White. Large portions of it have also been posted for free online at the comics and popular culture collective blog Mindless Ones

and at White's own blog

The comic is about the adventures of a little girl called Cindy and her dog Biscuit. Cindy lives in a small town somewhere near, but not on, the English coast, has a single mother who is too harried by the practical demands of life to provide much emotional parenting, and is her school's outcast weird kid. She also spends most of her time out of school killing or otherwise interacting with the surprisingly large number of monsters, aliens and evil robots who plague the area. Although she's the only person who seems to know about them...