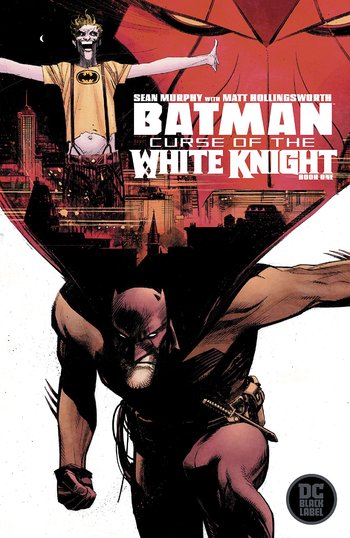 The sequel to Batman: White Knight from writer/artist Sean Murphy, wherein The Joker, now fully "recovered" from his stint as Jack Napier, resolves to ruin everything Batman and Jack started in cleaning up Gotham city's corruption. To this end, he collaborates with the "Elites", a group of Gotham's upper crust that seeks to maintain the profits they gained from Batman's previous war on crime, and together they recruit Azrael to take Batman's place as Gotham's new destructive crime fighter.

Batman is meanwhile still reeling from the events of White Knight, grappling with the prospect of a Gotham that's better off without him and clashing with his allies' insistence that he integrates into the Gotham PD as they have. His doubts only get worse when, in the process of laying waste to Gotham, Joker and Azrael reveal a secret about his lineage that throws into question everything he believed about his family's legacy and his place in it.

Be warned that while the story is not the last White Knight continuity comic, it does serve as a finale to many of the elements that are ubiquitous to the Batman mythos, and as such many of the tropes it contains are major spoilers.

Batman: Curse of the White Knight contains examples of: