"Hence the average life of Hatsune Rondo ceased to be average...Just like that." 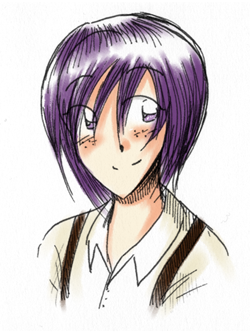 Our protagonist. Hatsune becomes the latest addition to the Irregulars after being mysteriously thrown back in time. She has a lot of personal demons regarding her mother and her past to say the least, but tries not to let them interfere with her life (A task that begins to become increasingly difficult as the story progresses). Hatsune is overall a smart and relatively friendly girl, with a strong determination to help her friends in everything they do. Admittedly she often takes the "act, don't think" approach to things and ends up messing up or hurting someones feelings as a result, but she is always quick to learn the error of her ways. 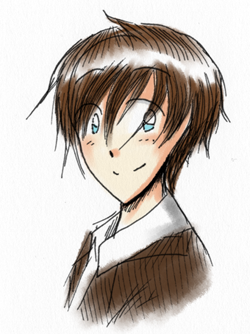 An innocent, kind hearted orphan, working during the day as a delivery boy and as a Baker Street Irregular when Sherlock needs him. Tom and Hatsune first meet when he rescues her from Jack the Ripper and takes her under his wing, the two immediately forming a very close bond.

"Way I see it, women are good for nothing! You'll just get in the way! 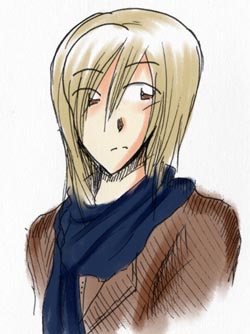 Tom's best friend and fellow member of the Baker Street Irregulars, who is fiery tempered and headstrong, and taken an dislike to Hatsune simply due to her being a woman. While irrational, slightly insecure and occasionally violent, he is very strongly devoted to Tom and secretly has a heart of gold.

"You know, the truth is I've never been a fair player. I prefer watching you all strain your minds in frustration, trying to comprehend my techniques. 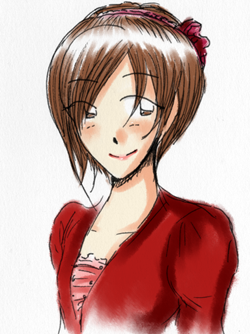 London's second most wanted and haughty aristocrat who at first antagonises the Irregulars but allies with them later on. Jessica is outwardly arrogant and insensitive all due to her isolated upbringing, leaving her with very poor social skills. At night, she becomes the Scarlet Midnight Thief, an elaborate and daring phantom thief who never plays fair with those trying to catch her, all for her own amusement. 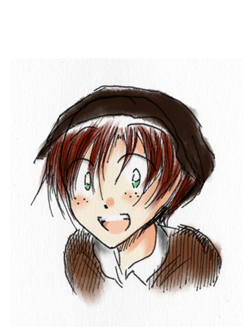 Morris is a childish and hyperactive member of the Baker Street Irregulars, who despite only being a year younger than the rest of the Irregulars, looks and acts like a very young child due to unknown "mental problems". Morris is loud, bubbly and cute although can often be a little...creepy.

The man who really needs no introduction. Sherlock's main role is to act a mentor to the Baker Street Irregulars and help them when they're in over their heads.

The only woman ever to outsmart Holmes and ex Opera singer and another character from the original Sherlock Holmes books. Here it appears that her and Holmes have something of a history with one another.

A young match girl who has something of a crush on Tom and is none too subtle about it either.

Jessica Queen's haughty aristocratic mother, who doesn't have a particularly good relationship with her daughter

The for the most part unseen antagonist of the series, who also needs very little introduction. All that's known is that he has a very high body count and it only looks to get higher. And for some strange reason he seems to know Hatsune's name.

Hatsune's best friend from the present day. Appears to be something of a geek. It is later revealed that Hatsune and Kyoko met in the nurses office at their school due to Hatsune collapsing from mental stress of bottling up that she was almost raped. Immediately after the fact, Kyoko witnesses Hatsune being forced to perform oral sex on Aki, which Hatsune begs her not to report to the police, and as a result Kyoko invites Hatsune over to her house to comfort her, and the two become good friends. After Aki rapes and almost kills Hatsune later on, Hatsune attributes her life to Kyoko looking after her as she spiraled in to depression.

The index of Character Sheets