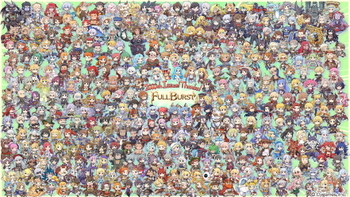 ◊ tried to cram every single character into it at that time and there are still several dozen missing from it.
Advertisement:

The character sheets below are grouped by race, aside from the characters who join in the main story of the game and other unique distinctions.